Marriott -Home away from Your Home 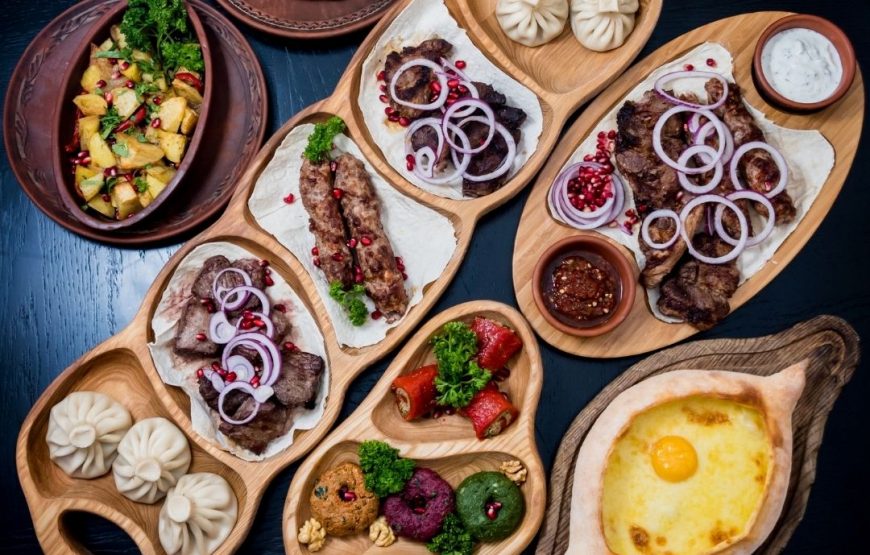 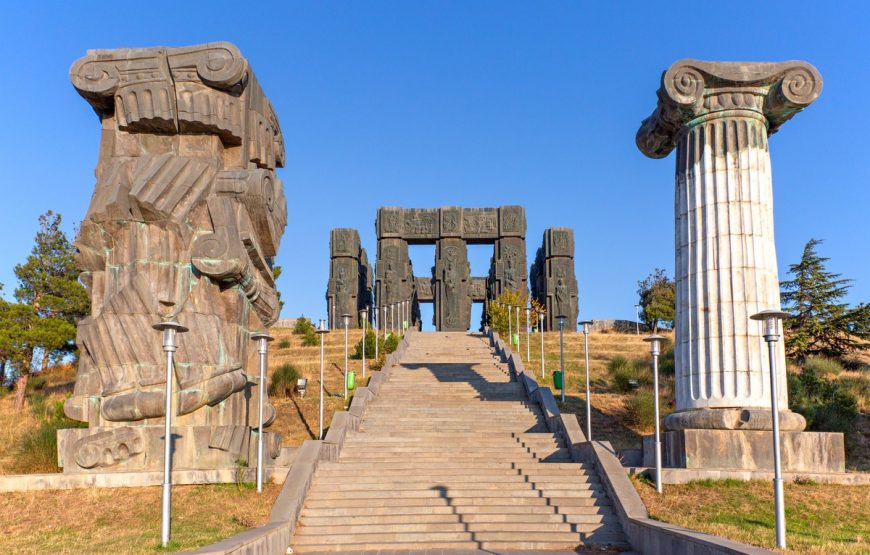 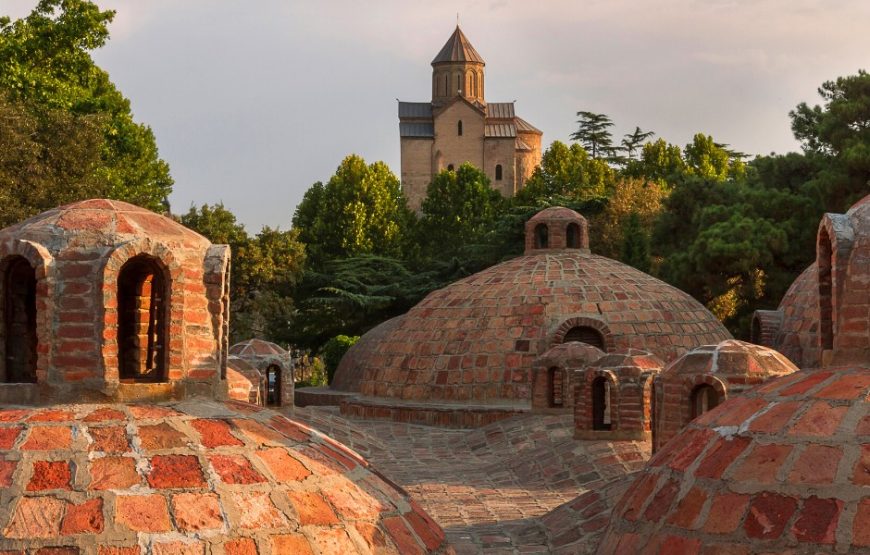 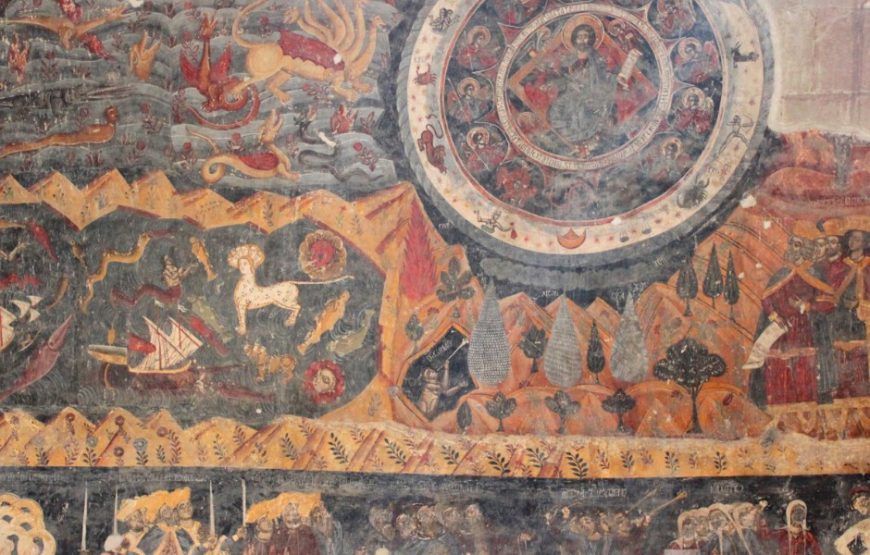 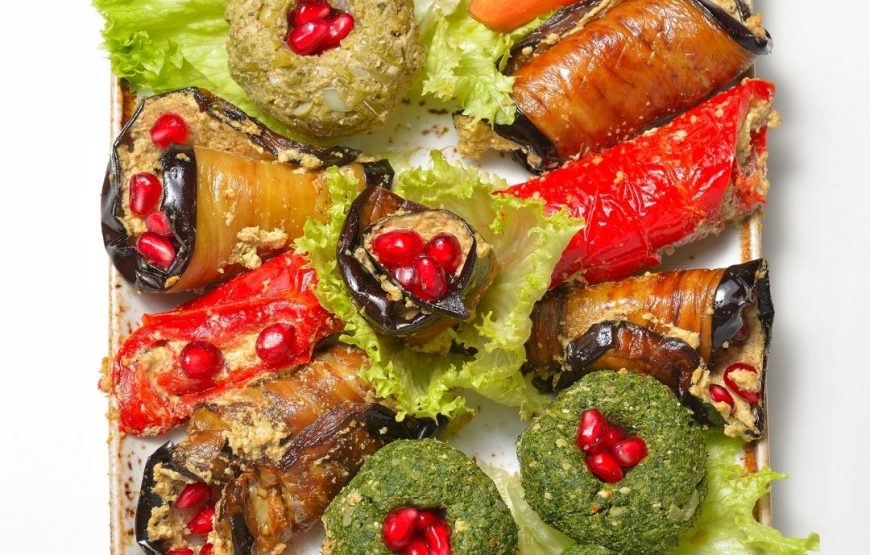 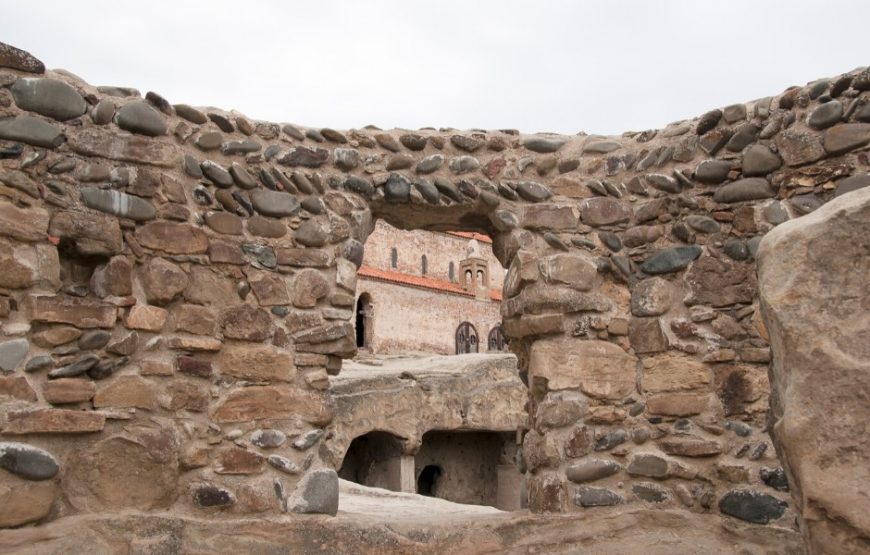 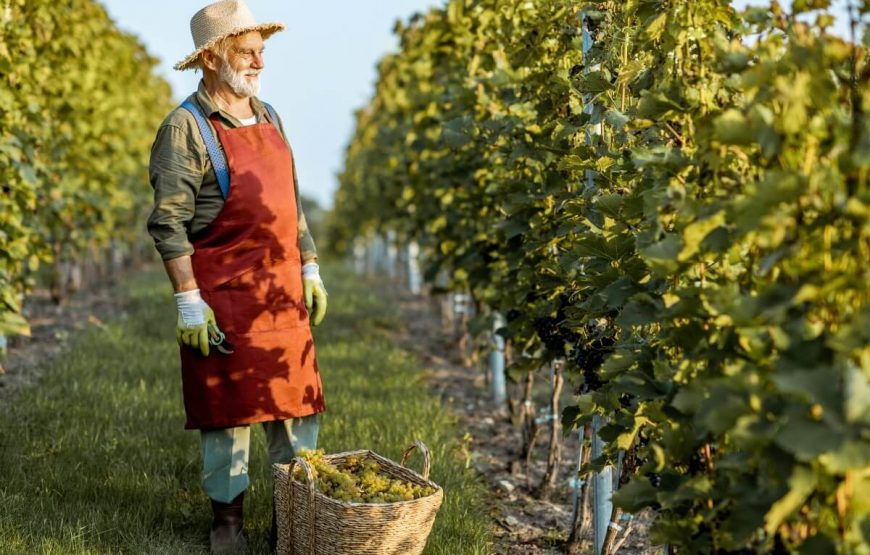 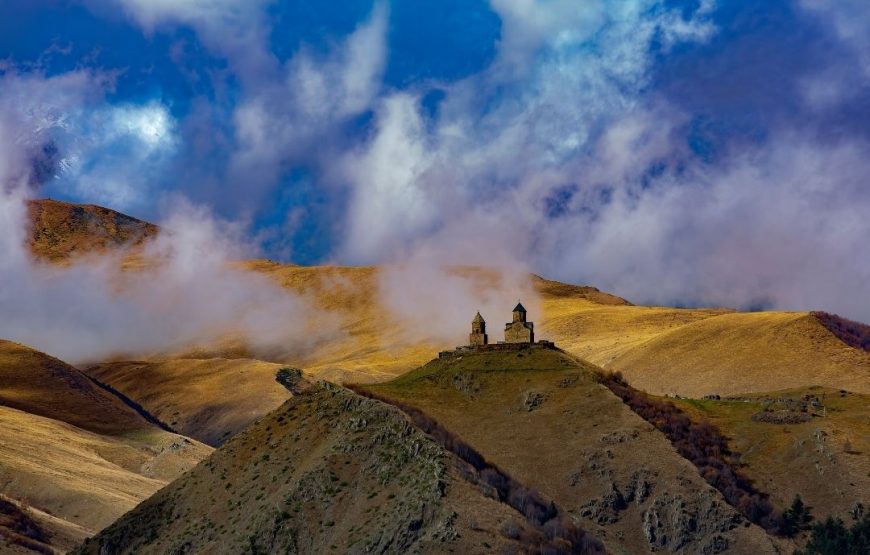 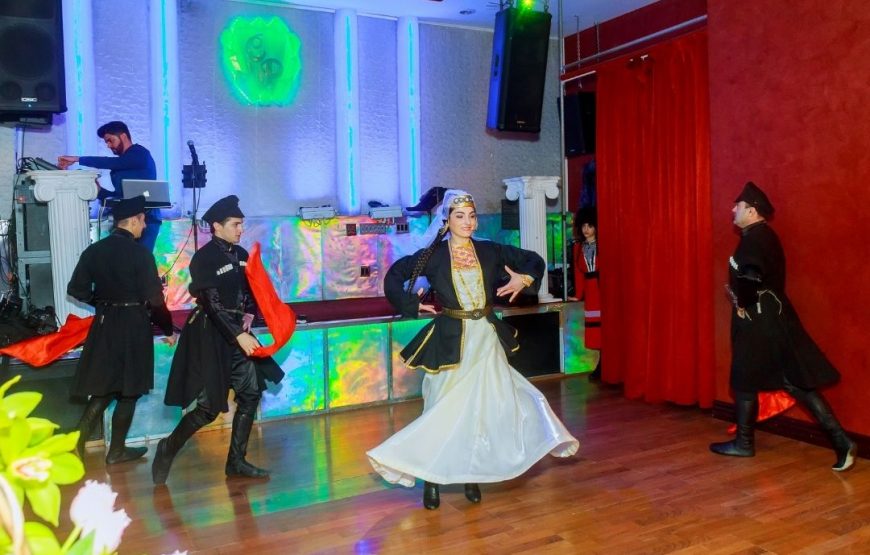 6 Days all inclusive tour in  a magic land Georgia. The experience you get here is truly unforgettable and will last your whole, entire life. What makes it so special, you ask? The answer is pretty simple, EVERYTHING. 11:00 Mtskheta trip.
While in Georgia, Mtskheta is a place that never, ever should be neglected. This tiny city is built on the meeting point of two rivers. This fact, along with Mtskheta’s mesmerizing nature, phenomenal architecture and overall atmosphere is what makes the city so, unexceptionally beautiful. Mtskheta is extremely old city – it’s the place where Christianity was proclaimed as the official religion of Georgia, in the year of 337 - so, accordingly, Mtskheta is perhaps most famous for its old Christian Orthodox churches. We'll visit Jvari Monastrey, Svetitskhoveli Cathedral and Samtavro Monastery are three most important churches of Mtskheta and UNESCO world heritage sites.

14:00 Lunch. The best place we'll visit for dinner and master classes is Ateni Valley. Words can't express the beauty of this place. Master class in making Khachapuri in Zedazeni

Today you will enjoy old Tbilisi 1.30 hour city tour and boating on the river Mtkvari , Borani -Wooden boat cruise /50 minutes./
Get ready to explore this strange and yet so wonderful mix of ancient and modern that the city offers. You’ll visit the historic center of old Tbilisi - Abanotubani, sulfur baths, Legvischevi, the medieval fortress of Narikala by cable car, the popular modern streets of Sharden – We’ll Explore the wonderful, colorful houses and streets of Tbilisi. On the way, we will visit the Bridge of Peace. This bridge is considered one of the modern architectural sights of Tbilisi. Mtatsminda funicular-Visit Bombora Park which is located on a hill in the western part of the city. This is the best place to enjoy a panoramic view of the city. Further tourists are waiting for the descent on the funicular. 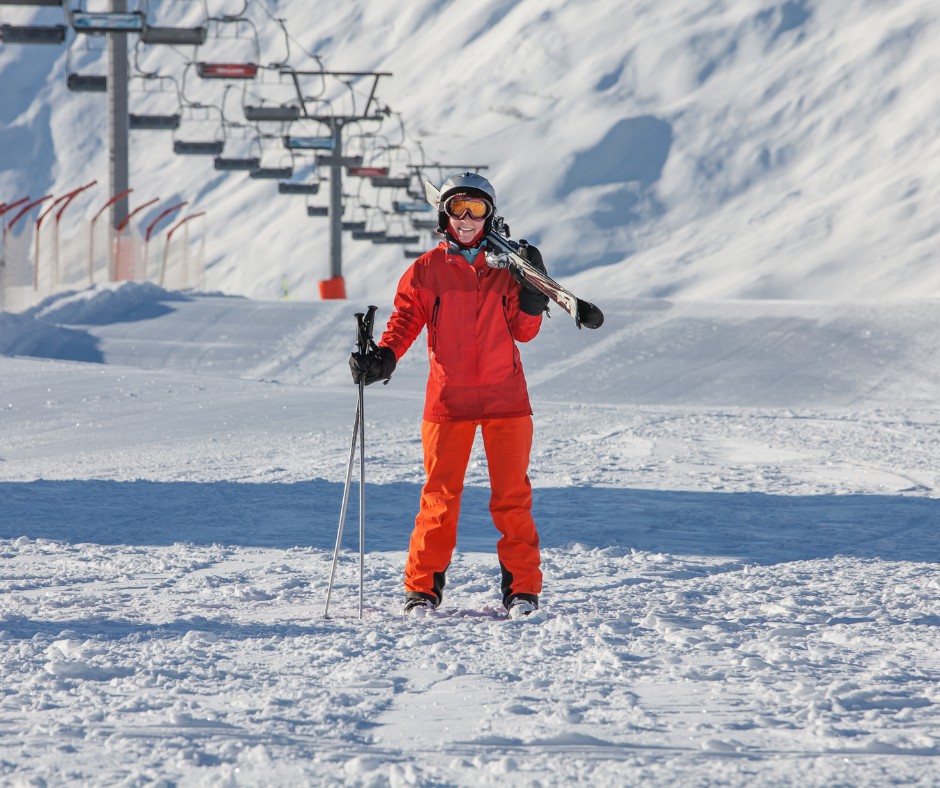 11:00 You will take a trip to Jinvali Water Resort - Turquoise colored still water with the greenest and most gorgeous mountains - here it is, relaxation you’ve been looking for all over the place. Ananuri Castle - Ancient castle and a church with the view of the blue lake and mountains - a must see place.
13:00 Gorgeous Gudauri - true gem of Georgia! Outrageous landscape perfectly mixed with tourist infrastructure: this is the Mecca of the modern-day mountain snow experience! This pearl of Caucasus Mountains is righteously considered as equal quality resort as one of Europe’s finest.

Travertines - The day keeps getting more and more exciting - See the wonderful travertines of Georgia.
15:30 Gergeti church - a tiny church built in XIV century on top of the mountain and breathtaking view of Mkinvartsveri, Gergeti creates an out-of-this-world atmosphere. 09:00 After breakfast, we go to Kakheti
10:30 We will visit the Bodbe monastery, where Saint Nino is buried, which brought Christianity to Georgia.
11:30 Then we go to the city of love – AKA Sighnaghi. The city truly lives up to its name – So full of colorful houses, cute streets and tourist attractions, Signaghi really makes you feel loved & in love.
If it’s wine o’clock somewhere, it is definitely in Georgia! If you’re wine lover, or even slightly like the taste of it, and still don’t know anything about this gorgeous country - we’ve got a great news for you! This heavenly liquid, sent from gods above, was basically born in Georgia - a wine-crazy country that has it all - more than 500 species of wine, along with its mind-blowing oldest history and traditions, as well as culture that comes with it, and the whole importance of wine itself. oldest evidence of winemaking was discovered at 8000 year old village in Georgia, making it a true birthplace of wine. The key for Georgians to make wine this tasty is that it is made with love and with zero chemicals. Fun fact: did you know that Qvevri wine making method is listed as intangible cultural heritage off the humanity of UNESCO?
13:00 trip to kvarely.
14:00 kvarely khareba Cave Winery- or continue way to lopota, Chateau Buera in Lopota resort. Wine & high spirits tasting, lunch. Food, that makes your taste buds cry from happiness. Food, that makes you want to stay here forever, and then eat for rest of your life
18:00 Back to Tbilisi Have you ever wondered what life of world’s greatest leader was like, the life of a man who transformed the Soviet Union from a peasant society into an industrial and military superpower? - Here’s your opportunity to take a look at, and experience life of a Soviet revolutionary and political leader, Joseph Stalin, or also known as Joseph Jughashvili, who was born in Georgia. While we’re on the subject, did you know what Stalin means? It basically means ‘the man of steel’, and that’s why Joseph changed his name. So, here’s your chance to meet the man of steel, a different kind of superman, almost in person – even though he’s not alive anymore, the experience will almost feel like you met him in person!!
Once in the museum, try to get the whole experience in it and don’t miss even a small detail, you’ll see astonishing things there! Stalin’s Personal Items, Kreml’s office, his handwritings, letters, gifts from all over the world, art pieces that Stalin owned, painted by Georgian and Russian artists are all in the museum, ready to be explored by you.

Uplistsikhe, which translates to 'Fortress of the Lord', is an ancient rock-hewn town which played a significant role in Georgian history over a period of approximately 3,000 years.
"Architecture Design" magazine presented the readers the 115 wonders, places p distinguished by landscape, culture and aesthetic characteristics.
The world's 115 fairy-tale settlements are from all over the world. The list includes the oldest, beautiful, Georgian, cave town historical town - Uplistsikhe. Just You in the Neverland. Azerbaijan and Georgia Combined All Inclusive Tour